Jordan Jay (Jordi Coenradie, 1996 Rotterdam) is a Dutch dance producer and DJ. He discovered his passion for music at the age of 15. He started making dubstep and drum and bass. Later, he found his passion for house music and that’s still where his heart is at to this day.

He continuously tries to innovate his sound. In 2015 he released some remodes, on which received continuous support from Fedde Le Grand, Thomas Gold, Ummet Ozcan and many more. Since 2015 he has become more active as a DJ, spinning in several clubs in the Netherlands and Belgium alongside DubVision, Alvaro, Marnik and more

After his first release ‘Haze’ with Charlie Ray on Armada Music/Showland was supported by Martin Garrix, Nicky Romero, David Guetta and many more, he continued his journey in 2017 with an innovated sound. He released ‘Black’ earlier this year and followed up with a huge collaboration with Holl & Rush on Future House Music. ‘Another Day’ was played by Hardwell, Nicky Romero, Martin Garrix and many more and was charting in the ​538 Global Dance Chart​ for 7 weeks peaking at #21.

In august of 2018 he released his collaboration with The Him called ​‘By Your Side’ on Spinnin’ Records which has accumulated over ​3.3 million streams​. Two weeks after he dropped his record ​‘Perfect’​ ​on Don Diablo’s Hexagon/Spinnin’ records. These tracks were supported by Don Diablo, Dimitri Vegas & Like Mike, Oliver Heldens, Fedde Le Grand, Jay Hardway, Blasterjaxx and many more.

His last release of 2018 was a single on Don Diablo’s Hexagon records, with support from Don Diablo, Martin Garrix, David Guetta, Nicky Romero, it was his second record that reached the 538 Global Dance Chart!

Jordan kicked off 2019 with an official anthem for Animal Sound Festival, one of the biggest dance festivals in Spain, which he is also set to co. His 2019 continues with a release on Universal Music Group, his first song on one of the major record labels. ‘All That She Wants’ is a rendition of Ace of Base’s 1991 hit song.

His latest release is a collaboration with Breathe Carolina. Hitting the USA/Global New Music Friday playlists on Spotify, it’s set to be something big! 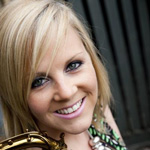 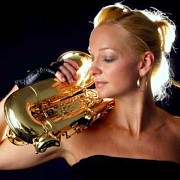